Everyone at Lincoln is invited to our next research seminar:

Gaze Estimation and Perspective-Taking Mechanisms in Humans and Robots

Abstract:
When interacting with others, humans rapidly form models of others and adapt their actions accordingly. To form these models, humans exploit the ability to take on another person’s point of view, which is termed perspective-taking. In this talk, we argue that equipping robots with perspective-taking abilities allows for more natural human-robot interactions. We first implement a bio-inspired framework that is capable of solving perspective-taking tasks on the iCub humanoid robot.

One crucial component of this perspective-taking framework is estimating the human’s gaze. In human-robot interactions, the gaze is often approximated with the head pose, while ignoring the eye gaze. We introduce a novel, automated approach for ground truth eye gaze annotation, and capture a new gaze dataset using this approach. We also present a new gaze estimation method which outperforms the state-of-the-art not only on previous datasets that captured close distance scenarios, but also allows for eye gaze estimation in our new dataset with large camera-subject distances.

Finally, we argue that it is necessary to understand the underlying mechanisms of perspective-taking in humans. To achieve this goal, we develop a computational model that contains a set of forward-models as building blocks, and a selection process to reduce the model’s response times. The model is crucial in explaining human data in a variety of experiments and suggests that humans implement a similar attentional mechanism. Several testable predictions are put forward, including the prediction that forced early responses lead to a bias towards a person’s own perspective. 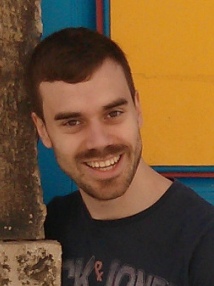 Dr Tobias Fischer conducts interdisciplinary research at the intersection of computer vision, cognitive robotics and computational cognition. Tobias is currently a post-doctoral researcher in the Personal Robotics Lab at Imperial College London. His research goal is to provide robots with perceptional abilities that allow interactions with humans in a human-like manner. To develop these perceptional abilities, Tobias believes that it is useful to study the principles used by the human visual system. He uses these principles to develop new computer vision algorithms and validates their effectiveness in intelligent robotic systems.

Tobias received his PhD from Imperial College London with the thesis topic: “Perspective Taking in Robots: A Framework and Computational Model” in January 2019. The thesis has been awarded the Queen Mary UK Best Thesis in Robotics Award 2018. He received the M.Sc. degree in Artificial Intelligence from The University of Edinburgh, in August 2014, and a B.Sc. degree in Computer Engineering from Ilmenau University of Technology, Germany, in 2013. He wrote his Bachelor thesis in John Tsotsos’ Lab for Active and Attentive Vision, at the York University, Canada. From February 2012 until August 2014, he was scholarship holder at the prestigious German National Academic Foundation (Studienstiftung des Deutschen Volkes).